Oh hello!  That’s right, I am still alive, and I am still living in Canada.  After a three-month trip back home, I came back to British Columbia in March, and now live in Vancouver.

It’s very different living in the city, as opposed to Whistler where many outdoor activities are right there on your doorstep.  I’ve got very lazy and not done many hikes, I haven’t run in ages, and I don’t even have a bike anymore.  So when I was invited to a group hike of The Chief in Squamish, I jumped at the chance.  Well, not a literal jump, because I’m lazy, remember?

I’ve wanted to hike The Chief since I first moved here (almost three years ago, what?!), but never really had the chance as I don’t have a car, and it’s pretty hard to get to on public transport.  I knew it was going to be challenging, especially as I am seriously unfit right now, but I did not anticipate just how gruelling it would be.  Brutal, that’s the word I have been using to describe it. 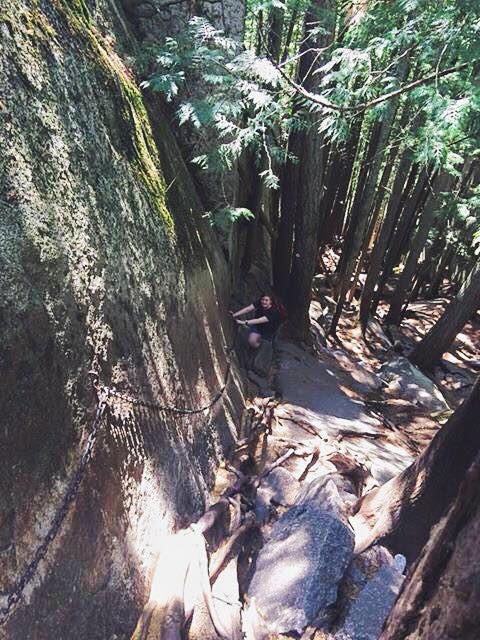 This was the view about 3/4 of the way up.  We were about an hour and a half in at this point, and I was flagging big time.  Actually, to be fair, I had been flagging from ten minutes in.  I should have been drinking water right from the start, not waiting until we stopped for a break.

Yeah, those are chains screwed into the rock face to pull yourself up with.

That’s the view from the top.  Gorgeous, and totally worth it.

After rehydrating and having some lunch, we began the trek back down, which was equally as difficult.  Let’s just say, going backwards down ravines is not the easiest thing for someone as uncoordinated as me. 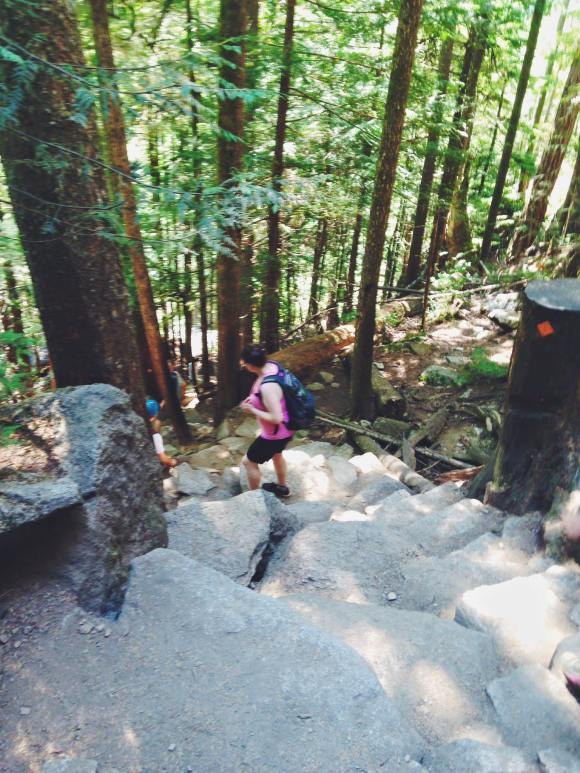 When we finally made it back to the car, four hours later, we headed to a lake to chill out and enjoy the sun… but when we got to the lake it suddenly became overcast 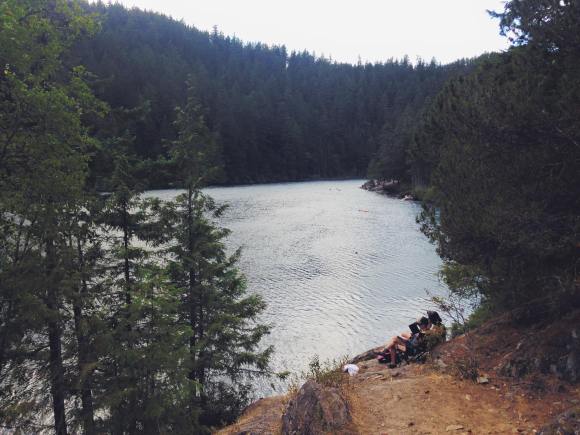 Even though every single muscle in my body aches, and I can barely move today, I’m really glad I did it.  I’m also really glad that we went in the morning, before it got hot and before the trails got busy.

Maybe I’ll get back into the outdoors…